NotificationsX
You have new comments on your commands!
Showing commands by RexBrick
I like making efficient One-Command Creations.
RexBrick's experience level: 80
Badges

20 XP
Soakers and Dryersby RexBrick5025
Well, I haven't posted in 3 days... (Thats a long time for me!) So here you go. Soakers and Dryers in One Command. Watch the video for more info. Or I'll just tell you now... Soakers make sponges wet and lava in to obsidian, dryers fix wet sponges into normal ones and they can be crafted with the floor crafting recipes found in the Source Commands.

Get the command
Minecraft 1.8.1+
Water And Lava Walkingby RexBrick4373
Hello people of the website! Today I've made another command for you. It allows the ability to walk on water and lava with certain boots. If you'd like to know more and be a good person, watch the video. Or you can just copy and paste in the command and it will tell you the instructions. Thanks again, and see you next time!

Get the command
Minecraft 1.8.7+
Explosive Itemsby RexBrick4244
Another random command I made. Now allows you to use 4 more TNT related items. Click the sign 'Get Items' to get them. Or watch the video to learn how you can craft them for yourself! Thanks, see you next time!

Get the command
Minecraft 1.8.7+
Stuffed Animals Mod HUGE UPDATEby RexBrick4144
The video says it all. This command is very long, and very awesome! Made to re-make a Mod, this machine adds 12 Stuffed Animals you can craft right into your Minecraft world! This is way better than my older versions, adding some bug fixes and fixing annoying problems. I've added four more mobs! Spider, Ocelot, Mooshroom and Slime! Enjoy this command, tell me what you think! This will be the last time I update this command. The machine is very large and this is about 20,000 characters long. See you next time!

Get the command
Minecraft 1.8.7+
The Squid Bossby RexBrick3973
Here's a little random command I made that tests out some particles and summoning commands. The boss has awesome particles floating around him, and he might drop his head. Careful where you spawn him; he'll blow up a bit! This guy has 300 health with a full pack of diamond armor. If you aren't wearing any armor, he'll kill you in just two hits. The good news is that if you keep hitting him, he can't hit you. He's also very slow!

Get the command
Minecraft 1.8.1+
More Spawn Eggsby RexBrick3753
This command allows you to summon 9 more entities with Spawn Eggs. The machine already gives it to you, so all you have to do is use it! You can summon TNT, a Lightning Bolt, a Dragon, XP, Giant, Giant Slime, Iron Golem, Snow Golem, and a Wither Skeleton! Watch the video for more details.

Get the command
Minecraft 1.8.1+
Nether Crafting Tableby RexBrick3725
Craft 4 New Items with a Special Crafting Table: Glowstone Battle Axe, Nether Bow, Fire Rod, and of course... An epic brick weapon :D Watch the video for more details. Thanks, and see you next time!

Get the command
Minecraft 1.8.1+
Extra Crafting Tableby RexBrick3614
This is not floor crafting! Now you can craft Chain Armor, Re make ores, create Bedrock, and make the ultimate Brick Weapon (Cuz I like bricks) With only one command! Throw items on the ground and it will create the mighty crafting table. Don't take this machine's size for granted! Watch the video and you'll see just exactly how cool this is. If the right clicking on the crafting table doesn't work, try right clicking all sides INCLUDING the top.

Get the command
Minecraft 1.8.1+
Magic Powers Modby RexBrick3454
Now you can craft 7 new spells! Click on 'Show Source Commands' to see how to craft them. This adds Fireballs, Lightning Bolts, Healing Spell, Kill all entities besides you spell (XD), summon an Iron Golem, Brick Bomb spell, and a Freeze Time spell! The Fireball summons a giant fireball that you can hit to shoot any direction. It makes a huge amount of destruction on impact! The Freeze Time spell freezes all entities... Including the Ender Dragon! You can even unfreeze it. I made the Brick Bomb one just because Bricks are awesome. It makes a huge explosion right when crafted. The Lightning Bolt is pretty cool, too; it summons a Lightning Bolt right where you craft it... It's made with Redstone, so if you don't like using Redstone in survival, you can now use it for other things. I have also included a spell that allows you to summon an Iron Golem in a much easier way. Just an Iron Block & a Vine. The Killing spell doesn't kill Armor Stands. It is a very easy way to simply kill the Ender Dragon. I even made a quick healing spell, one Glowstone and a Gold Nugget. Throw them on the ground and you'll be restored to full life! Thanks again, that's it for today! 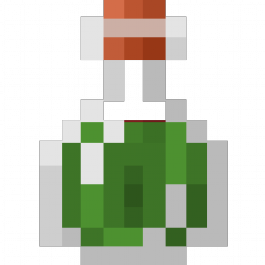 Get the command
Minecraft 1.8.1+
Stuffed Animals Modby RexBrick3388
UPDATED: USE THE NEW ONE! Get the command
Minecraft 1.8.1+
Next