NotificationsX
You have new comments on your commands!
Showing commands by xSuckaxZKx
Channel: www.youtube.com/c/SuckaxZKx_onyoutube I mostly recreate mods into vanilla Minecraft (It's hard for me to come up with ideas) But I love my commands and I hope you all will love them to, BYE!!!
xSuckaxZKx's experience level: 1
Badges
Minecraft Comes Alive Version 011by xSuckaxZKx9340
This is the new version of my Minecraft Comes Alive Command Mod Recreation. This adds in More NPC's 3 to Be exact NPC 1 Hellen. Hellen is a farmer with a good personality. From my experience, you have a better chance of getting a GOOD outcome in the Tell Joke option. NPC 2 George. George is a Knight. Fighting will be added in the next update. His outcome is a bit fair on the BAD outcome and the GOOD out come. NPC 0 Villager. Your Classic Minecraft NPC now doesn't automatically die when you spawn him. NPC 1 and 2 have an Item in there hand. Replace it with any thing other than your hand or armor/armour. BTW If there's any problems leave them in the description. Throw a stone hoe to Open Hellen's GUI. Throw a Iron Sword to open George's GUI. each GUI has 4 options. Option 1 Tell Joke. Tell Joke has two outcomes, BAD and GOOD. BAD will say, Heard Better. GOOD will say, *Laughs*. Option 2 Gift. Gift is different depending on the NPC you chose. Hellen takes Diamonds and George takes iron ingots. Option 3 Teleport to me. Teleport to me makes either Hellen or George to You Depending on which GUI your on, Hellen's or George's but they have to be within 4 blocks of you. This is NOT follow. Option 4 Chat. Chat is just a Side Project that will probably updated later. 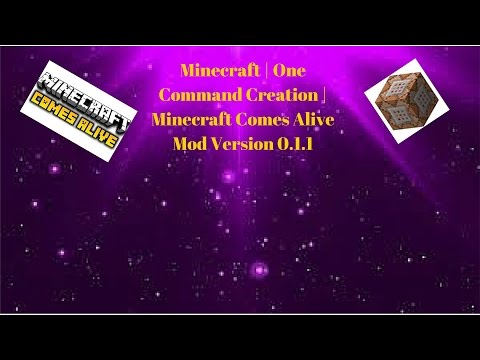 Get the command
Minecraft 1.8.1
Minecraft Comes Alive Command Mod Recreationby xSuckaxZKx8750
I love the Minecraft Comes Alive Mod, but I have trouble installing mods. For those with the same problem as me, here you go!!! Command Version: Beta 1.0.1, My Channel Link: www.youtube.com/c/SuckaxZKx_onyoutube

Get the command
Minecraft 1.8.x
iPad Mod One Command Recreationby xSuckaxZKx8291
This Adds In An iPad From The iPad Mod, I was never aable to install the iPad Mod so I created it the best I could, and It's not really A One Command Creation, It's Just a written book given using the /give command. Hope You Enjoy, :) :P, Check Out My Channel, Suckax ZKx.

Get the command
Minecraft 1.8.1+
Child Command Fixby xSuckaxZKx8240
For Some Reason the Command Didin't Fully Put it self in so I've fixed it. 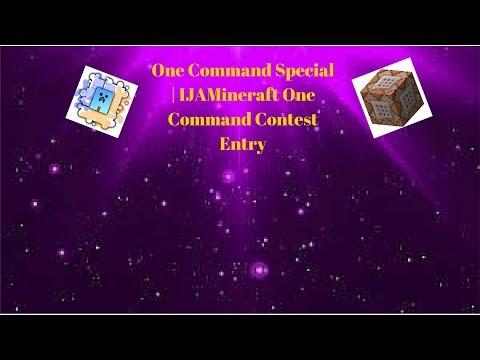 Get the command
Minecraft 1.8.1+
Child Commandby xSuckaxZKx8210
What Is Something That Some Parents Want, and Other Parents Don't? A CHILD!!! The Child Command Adds In A Child Which Is Created By Throwing a Snowball.